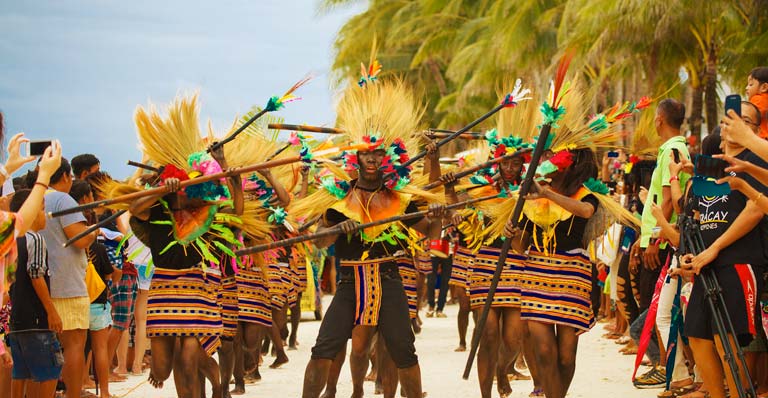 Boracay origin is unclear. In one version, it says Boracay comes from the word borac (meaning cotton).  The sand of the island’s beaches is similar in texture and colour to that of pure cotton. Another version states that the name derives from bora (bubbles) and bocay (white).  The Ati elders thought the white sand resembled water bubbles. 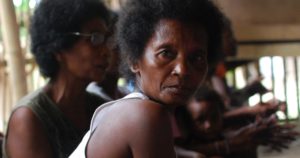 Boracay Island is originally inhabited by people called the Ati. They belong to a Southeast Asian ethnic group labelled Negritos by the Spanish.

The Atis first depended on fishing supplemented by coconut, cassava and potato plantations until the 1940’s and 1950’s. Until a few decades ago, there is no electricity nor cultural or architectural monuments on the island. Then  backpackers discovered this whitesand-laden land and a travel book published by the German writer Jens Peter stirred further curiosity . He describes Boracay’s history and calls it the most beautiful island in Asia. He took photos from all over the island and made postcards from them. This contributed to Boracay’s development into a backpacker’s hangout in the 1980’s.  Eventually, it leads to one of the major tourist destinations in the Philippines.

The first tourists who came to Boracay were mostly vacationing families from the neighbouring island of Panay. It was a popular destination, not just because of its proximity, but also because staying there and experiencing its white sand beaches was more affordable than it is nowadays.

Sofia Gonzales Tirol and her husband Lamberto Hontiveros Tirol, a town judge on nearby Panay island, took ownership of substantial properties on the island around 1900 and planted coconuts, fruit trees, and greenery on the island. Others followed the Tirols, and cultivation and development of the island gradually spread from this initial beginning.

Boracay’s first visitors were mainly Swiss and German tourists, and the Swiss even jokingly called Boracay a ‘Canton of Switzerland’. Eventually, more European visitors from Belgium, Britain, Bavaria, Spain, Portugal, and Austria arrived on the island, which contributed to the multicultural facets of Boracay’s culinary choices. Even Chinese, Thai, and some Filipinos settled here, contributing to the island’s further development in terms of accommodation, activities, and eating. Nowadays, Boracay is not a private and unspoilt paradise any more, but a major tourist and holiday destination for the Philippines.